The Serengeti wildebeest migration is one of the most spectacular events to witness in Tanzania. This is the annual regular movement of more than a million of wildebeests accompanied by more than 250,000 zebras, 200,000 gazelles and some 12,000 elands seeking for fresh grass and water. Hungry predators including lion, leopard, cheetah, hyena and crocs make sure only the strongest survive in this natural spectacle. The location of the migration depends on the annual rainfall and quite predictable on where to find the herds.

The map shows month by month movement of the herds.

The short rains begin in the months of November and December where the herds move to the short grass plains in Serengeti. This is far south of Serengeti and Ndutu which is part of Ngorongoro Conservation Area. They stay here through January, February and March where they give birth of more than half a million calves by January and February. These areas are safer because predators can be easily spotted making it an ideal place for calving. Most predators are after the new born calves during this time and you may witness hunting during this time. However, the plains dry and the wildebeest are forced to move in search of greener pastures in the western corridor. After bearing their young, around April the wildebeest herds begin to drift northwest toward the fresher grass of the central Serengeti, drawing with them thousands of zebra and smaller groups of antelope

During May, they spread out heading to the western part of Serengeti National Park. In June, they spread out heading further west to the Grumeti river which is a channel of pools where they congregate and blocked on their journey towards the northern part. This is where the hungry crocodiles of the Grumeti River get their feast. Each migrating animal must face the challenge of crossing the crocodile-infested river — the first of many daunting and tense river encounters.

As June moves into July, the hundreds of thousands of wildebeest and zebra accompanied by antelopes continue to head north along the western edge of the park toward an even riskier barrier: the Mara River in the north of the Serengeti. These river crossings are arguably one of the most exciting wildlife events on Earth.

During late July and August, the migration then moves further north of Serengeti National Park known as Kogatende passing through the central part of Serengeti and Grumeti reserve. Arriving on the north Serengeti, this is where the spectacular crossing happens at the mara river which goes through until September. The migration arrives at the Mara River in tens of thousands where they gather, waiting to cross. Many adults and calves are lost to crocodile and lion attacks, drowned or crushed by the herd and most of the calves are separated from their mothers on the side of the river, resulting in little hope for their survival.

During October, the herds move on the far north to the Masai Mara reserve.

During November, the herds move towards the south following the short grass plains through eastern part of Serengeti and this is where the migration pattern begin. 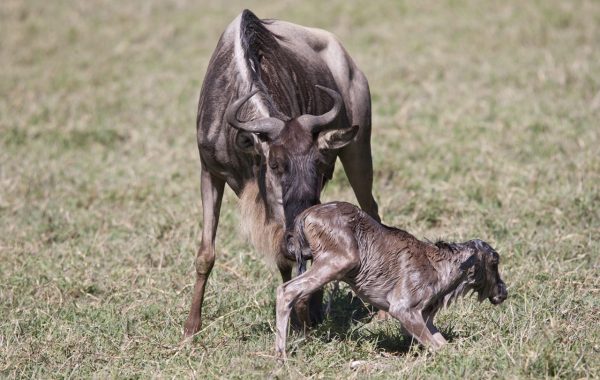 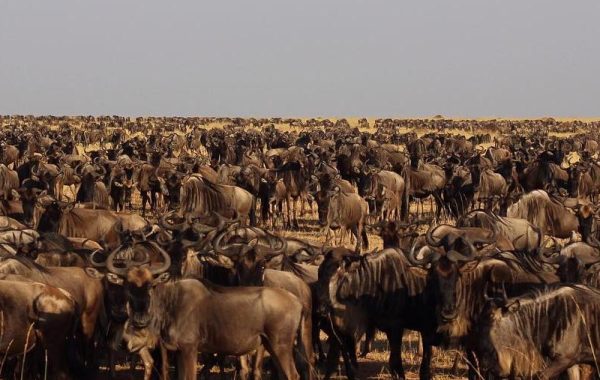 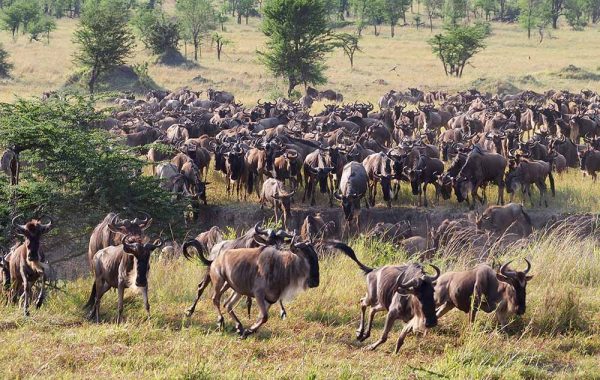 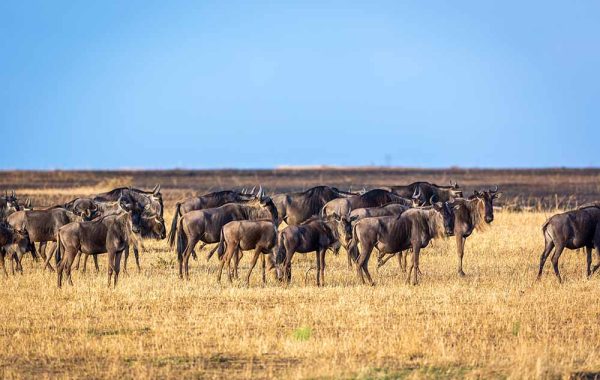 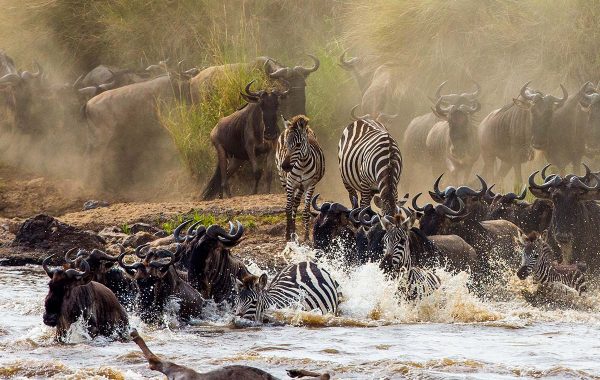 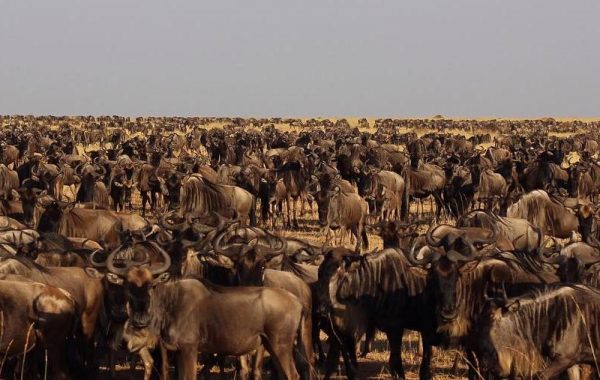 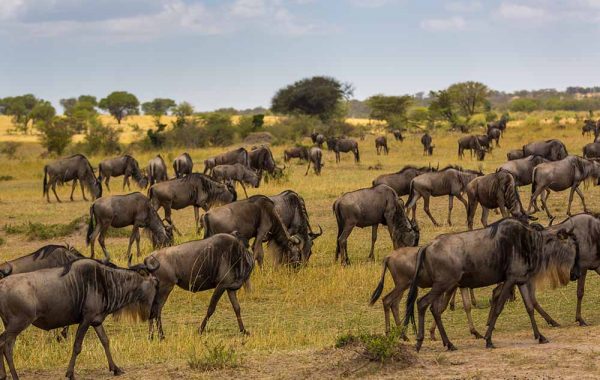 We at African Big Cats Safaris feel an obligation to give back to our community. We are committed to donate a portion of our profits  to the Safe Water Ceramics Filters Factory which enables schools and villages to have pure drinking water .  Also our support to our local orphanage to assist the less fortunate children who are our hope for a bright future.